Water, A Commodity Vs Human Rights 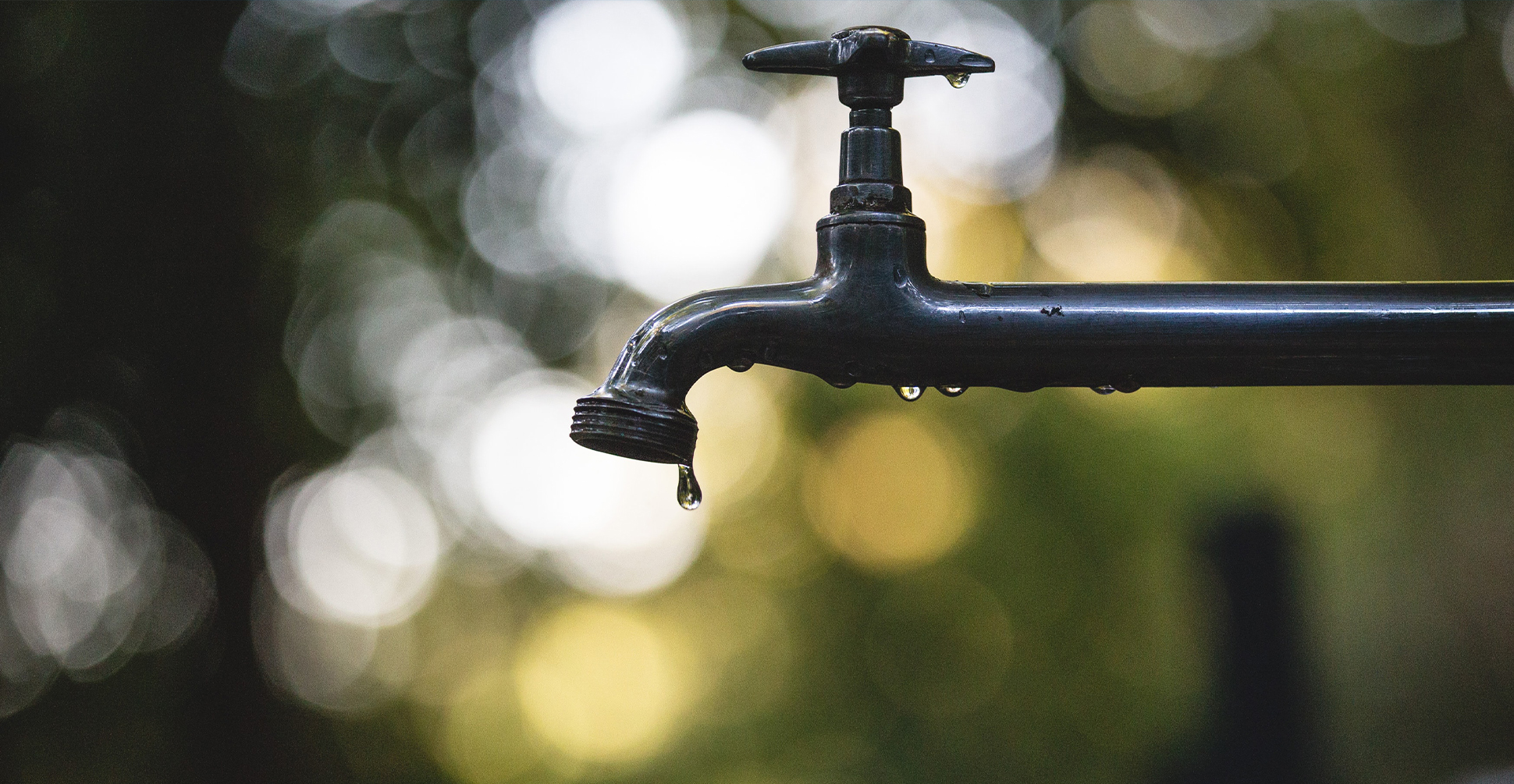 Water is the basic need of life

Currently our planet, the blue planet, however paradoxical it may feel is facing an unprecedented global water crisis, the addition of water as a commodity on the Wall Street Futures Market and further commodification of water may exacerbate the prevailing water crisis. This is in the backdrop of the food price bubble in 2008 where by future contracts based on agricultural commodity begin to exponentially rise after institutional investors started buying such contracts and rolling them over with significant profits hence as more and more investors joined in order to earn speculative gain, the prices of such commodity in the spot market rose exponentially. It was observed that in 2005, the prices of agricultural commodities began to rise and, in just three years, increased by 83 percent. According to the United Nations Conference on Trade and Development, from 2005 to 2008, the price of maize tripled, wheat rose by 127 per cent and rice by 170 per cent which had catastrophic effects on the poorest of communities and experts believe the same thing could occur in the case of water.

Proponents of the theory of water being an economic good, believe that just like any other good it should be managed, and that commodification and privatization of water is the best way of managing this resource. Currently across various geographical locations, water market transactions involve a plethora of rights which differ significantly (Chile being at the forefront of water trading, have been involved in extensive water trading) such transactions involve having ownership to pump or divert water from rivers, streams and ground water basins up to certain millions of gallons per day.

Currently Nasdaq's Veles California Water Index("NQH2O") is the only index linked to water available to trade on Wall Street and in the world. NQH20 was launched in October 2018 in partnership with West water Research and Valves Water, it tracks volume weighted spot transactions (trading benchmark which represents the average price a security has traded at throughout the day, based on both volume and price) in water rights and is responsive to the supply and demand conditions within the underlying water markets.

NQH20 was launched with an initial focus on the state of California as it has the largest market in terms of consumption and volume of rights traded compared to other states in the United States. Just like any other commodity traded, NQH20 also has a direct relationship with factors that effect the availability of the underlying commodity.

In periods of dry hydrological conditions or limited water supply the index responds with an upward moment and vice versa in periods of wet hydrological conditions or abundant water supply. Currently Palmer Drought Severity Index ("PDSI") is used to measure the levels of hydrology which uses readily available temperature and precipitation data to estimate relative dryness.

Why Water Should Not Be Commodified

Certain experts feel and believe that commodification and speculation of water is one of the best ways to manage the current scarcity of water, however it may not wholly be true as such commodification can lead to increase in the vulnerability of impoverished and may aggregative unsustainable progressive privatization of water by managing it as if it belongs to those only have the right to use it which could shatter the scales of balance and which would contribute to the ever increasing misappropriate access to resources by the rich and poor. Water as a commodity has undergone a significant transformation from being a common good to being an economic good in the recent past. Common good means something which is shared and beneficial for all or most members of a given community while economic good means something which can command a price when sold. Such transition has inadvertently contributed towards privatization strategies for water and sanitation service management and ultimately commodification of water which has lead to be perceived and management of it as if it belongs to those who receive only the right to use it. Due to the incessant increase risk of water scarcity due to climate changes is a major threat to human rights to safe drinking water and sanitation.

Initially the different water trading markets that emerged were subject to jurisdiction specific regulatory conditions, by linking the duration of such water contracts to certain conditions and restrictions i.e. drought cycle, environmental restrictions etc. However the present situation is a complete different picture as regulatory measures have either been dispensed of or been relaxed significantly, which have contributed towards excessive privatization of this precious resource.

Why Water Should Be Commodified

One of the underpinning reasons for introducingNQH2O was in the background of the agricultural sector, manufacturing sector transitioning in state sponsored water right markets. The issue lies in the highly localized and volatility of such market which contributes to an opaque price discovery process.

Another reason for commodification of water is unlike farmers, banks, insurers and financial market participants also face risk of water in spite of not having any desire to acquire or deal with physical water to hedge their risk, yet, lending institution like banks may face an inherent risk with water availability eg a bank may lend money to a farmer to cultivate crops which may face the risk of crop failure due to unavailability of water. Trading in water on the lines of water future can have significant advantage on the line of effective price discovery, price indicator for future stored water, risk mitigation. Further the price discovered in the future market can also assist in setting priorities within a limited budget.

Block chain the most hackneyed word of 2021,having found its way into almost everything nowadays including water trading market. Recently Fujitsu has partnered with Botanical Water Technologies to launch its own blockchain water trading platform know as Botanical Water Exchange" ("BWX") exclusivity dedicated towards trading in recycled water among industrial facilities. The goal is to recycle wastewater post-industrial process to recycle them and reuse and trade them which could significantly contribute towards reduction in water loss and water pollution.

Jurisdictions Where Water Has Already Been Commodified

As per the Nature Conservancy Report, 2016 there were 37 countries that were undertaking water trading, out of these countries there are four countries (Australia, Chile, Spain and the United States) that have the most advanced experience in this field of trading. Chile for example is one of the most extreme cases of water privatization in the word currently. The privatization of water in Chile steams from the "Water Code" which was promoted by the former leader of Chile, Augusto Pinochet, which has lead to large scale privatization and commodification of water. The law decoupled water rights from land in order to facilitate their commodification. In addition, much of the river flows were assigned to large hydroelectric companies. The code also separates water ownership from landownership which means in Chile there are water owners who do not have land and landowners who do not have water. Chile auctions of rivers in the form of litres per second that run through a river. Such commodification has lead to a phenomena whereby allocation of water towards sustainability of aquatic ecosystem is also being influenced by such market which has lead to treating the environment has any other user. Between 2003- 2011 water purchased for environmental needs accounted for 20 per cent of the total volume traded on water markets.

Various reports and studies that were published on the 2008 food crisis, justified increased demand of raw materials from China and diversion of foods for production of ethanol, although cause were multiple, the main factor that actually lead to the 2008 food crisis asper Olivier De Schutter, former Special Rapporteur on right to food, were caused majorly due to excessive speculation on the futures market. In2008, the speech by a renowned expert on financial markets, Michael W. Masters, to the United States Senate Committee on Homeland Security and Governmental Affairs "Commodity prices have risen more … than at any time in U.S. history … But today … supply is ample: there are no queue sat gas stations and there is plenty of food on the shelves … What we have experienced is a demand shock from a new category of participants in the commodity futures markets: institutional investors".

The United States always at the forefront of modern development and change, is generally idolized by other countries and policies and laws introduced by the United States are generally used as a measuring yardstick by other counties for shaping their own laws. Human right activist believes that such commodification of water on the Wall Street may have a repelling effect specially in agrarian economies like India. India currently being under threat of water scarcity and paucity may be an ideal fit to be experimented with the California water model, however there are certain legal and economic hurdles that may prevent it.

The Doctrine of Public Trust is a juggernaut in the realms of environmental law all around the world including India, and has been have been followed extensively by various courts including the Supreme Court of India who have contributed in evolving its jurisprudence. The Doctrine of Public Trust is a doctrine that originated from the Roman Empire which states that certain natural and cultural resources are preserved for public use and enjoyment and that the government owns such resources and that they are bound to protect and maintain their resources for common use of the public. In India as held by the division bench of the Supreme Court in the case of MC Mehta v. UOI (1997) 1SCC 388 whereby it was held that "Our legal system – based on English Common Law –includes the public trust doctrine as part of its jurisprudence. The State is the trustee of all natural resources which are by nature meant for public use and enjoyment. Public at large is the beneficiary of the sea- shore, running waters, airs, forests, and ecologically fragile lands. The State as a trustee is under a legal duty to protect the natural resources. These resources meant for public use cannot be converted into private ownership". Hence it becomes evident that the privatization of natural resources is against the law of land, and it is the legal duty of the state to protect such natural resources. Therefore, any natural resources including water cannot be converted into a product of private ownership and commercial use as per the Indian environmental jurisprudence. Further Article 14,19,21,48 and 51(A)(g) of the India Constitution also plays the role of a protector and custodian in regard to protection of natural resources from being privatized in the hands in the hands of few to the ill interest of the public at large. Therefore, even if it is planned to commodify water, it runs to risk of violating human rights of equality and right to life.